Happy Valley Locavore has a Facebook page. Like it and get posts delivered right in your news feed.

I post a lot of pizza ideas. Here's a quick link to my two basic recipes for dough.

Awesome tool from CISA: enter your zip code and search for specific foods (e.g. lamb) and this database will tell you what farms around you produce it and how to get in touch with them.

A few years ago I self-published a cookbook of original vegetarian recipes. You can buy it here.

I will definitely be making this again. Not only is the beef succulent and the sauce rich and deeply flavorful, but leftover sauce makes a perfect pasta sauce. The recipe is deceptively simple, with only tomatoes and garlic going into the braising liquid. But with the spices in the meat rub and the flavor of the beef itself, the end result is layers of savory goodness. Serve this over egg noodles or polenta.

I used tomatoes that I had roasted prior to freezing, which I am sure added to the depth of flavor. But given the long simmering called for here, canned tomatoes or tomatoes frozen raw (thaw them first!) would work well, too. Also: no need to be strict about using short ribs. Other good braising cuts like shanks or various pot roast cuts would work well, too. You can use (say, 2-3 lbs) if you have a boneless cut. 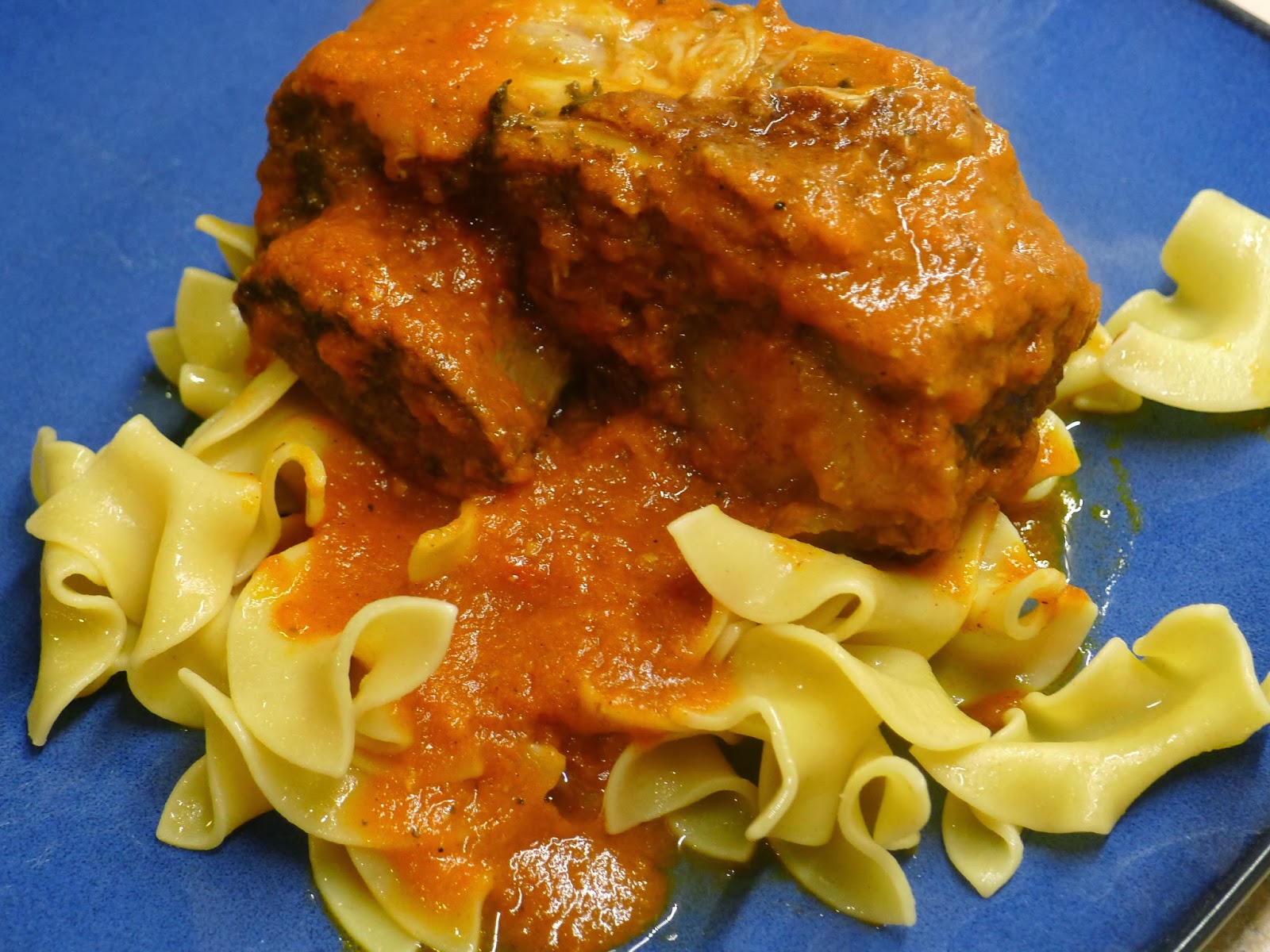 Have the short ribs at or near room temperature.  Preheat the broiler of your oven. Place the short ribs on a baking pan with sides (you may with to line it with foil for easier cleanup).

Combine the salt, pepper, cinnamon, cloves, and oregano in a small bowl and mix well. Rub this mixture all over the meat.

Broil the short ribs for 5-8 minutes per side, until nicely browned on both sides.

Place the browned short ribs in a Dutch oven or similar pot. You should be able to get the lid on comfortably, but you don't want a lot of extra room. Add the tomatoes and garlic. Bring the mixture to a boil, then reduce heat to very low and simmer for 2-3 hours (a bit more if you have the time), until the meat is very tender.

Serve the short ribs over egg noodles or polenta with a generous serving of sauce.

I know, it's January. Who makes homemade ice cream in January?  But I had some good local cream, and I was planning to make a pie that I knew would be better with ice cream. And this is delicious! Especially good with cherry pie, but totally worth making just on its own, too. You'll need an ice cream maker for this recipe, which works well with a 1 1/2 quarter maker. 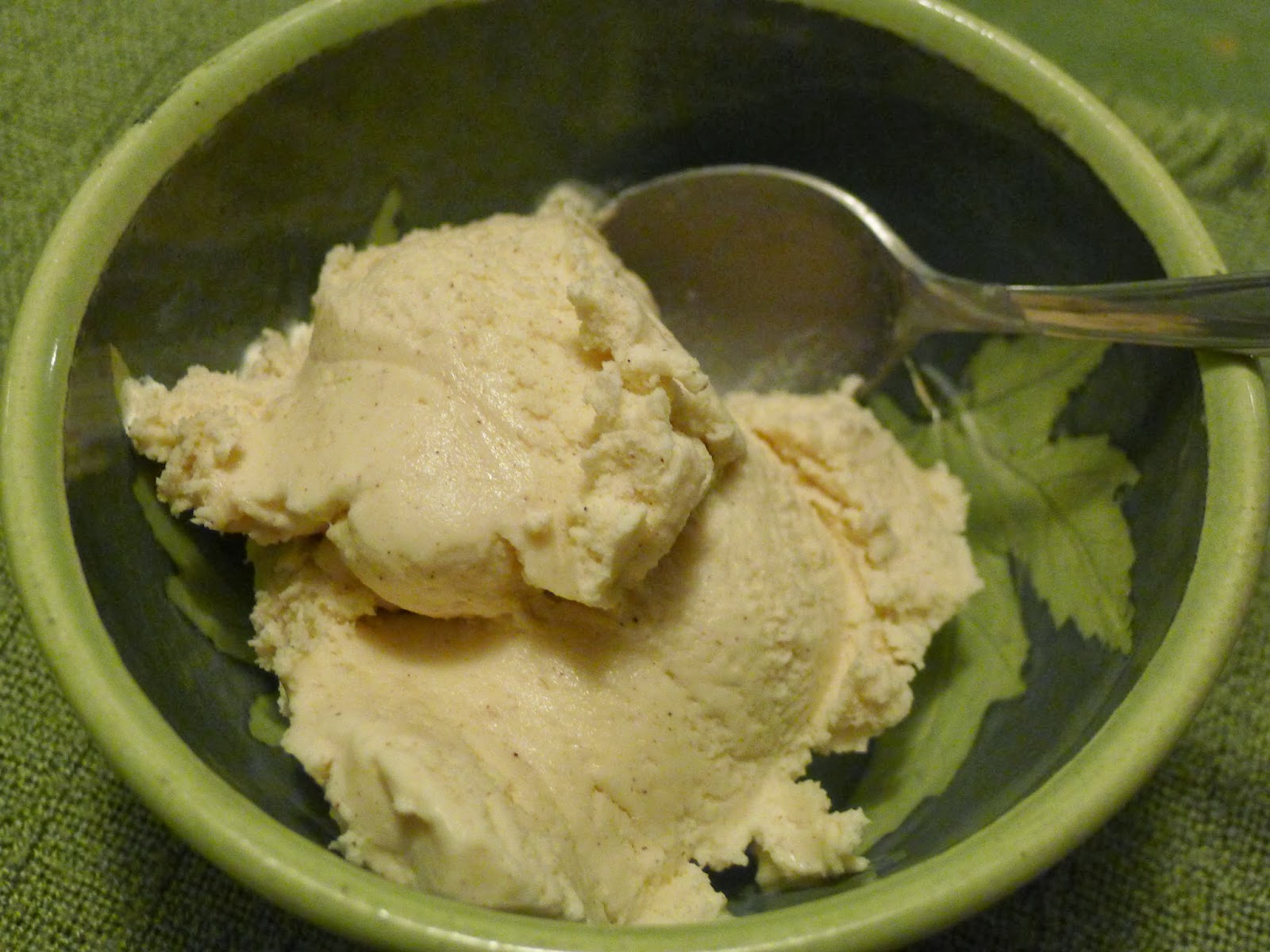 Use milk and cream straight from the fridge so they are as cold as possible.

Combine the milk, sugar, and salt and stir or whisk until the sugar is totally dissolved. Add the cinnamon, almond extract, and cream, and mix well.  Process this mixture in the ice cream maker according to the manufacturer's directions. Serve immediately or freeze in an airtight container for later. If desired, top each serving with a sprinkling of slivered almonds.

Lentil Soup with Shiitakes and Spinach

Lentils form the base of many a nutritious winter soup, some adventurous, some traditional, all comforting. Here I took the shiitake mushrooms I was happily surprised to find at the winter farmers market alongside the fresh spinach and added brown rice and tomatoes, then gave it all a partial puree for a slightly chunky, porridge-y consistency. Perfect on a recent frigid night. 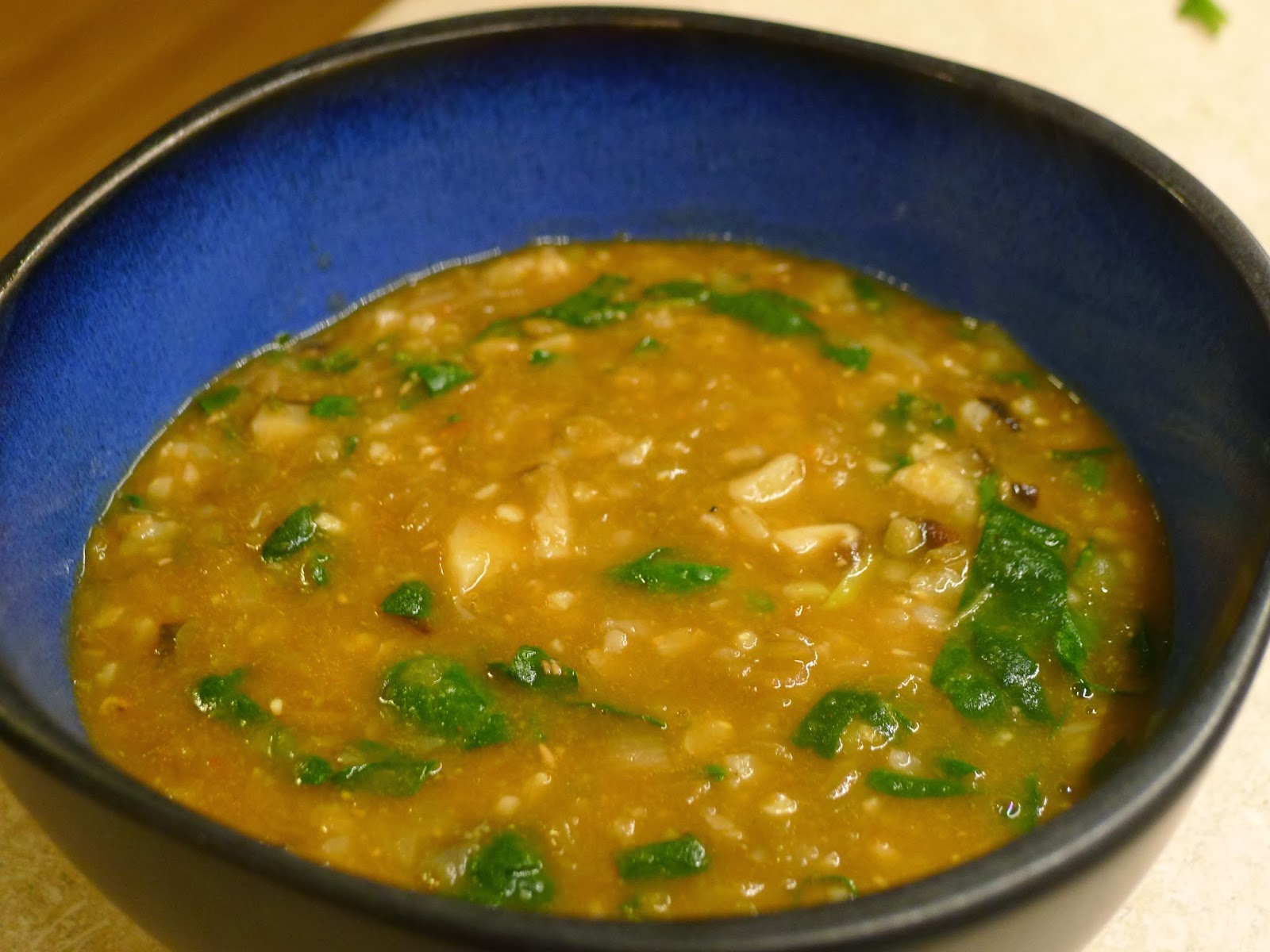 Place the lentils and rice in a soup pot and add enough chicken stock to cover generously. Bring to a boil, then reduce heat and simmer until lentils and rice are both tender, 30-45 minutes.

While the lentils and rice cook, heat a little olive oil in a medium skillet, then add the garlic and onions and saute for 1-2 minutes over medium-high heat. Add the shiitakes and saute until tender.

When the lentils and rice are cooked, add the shiitake mixture to the pot along with the tomatoes and thyme and bring the heat back up until the soup simmers. Use an immersion blender to partially puree the soup (or do this in batches in a regular blender), then add the spinach and cook until wilted. Add salt and pepper to taste.

Posted by Meggin at Wednesday, January 08, 2014 No comments:

Ginger goes well with the natural sweetness of sweet potatoes. As always, I like to roast them with walnut oil, but olive or canola will do. 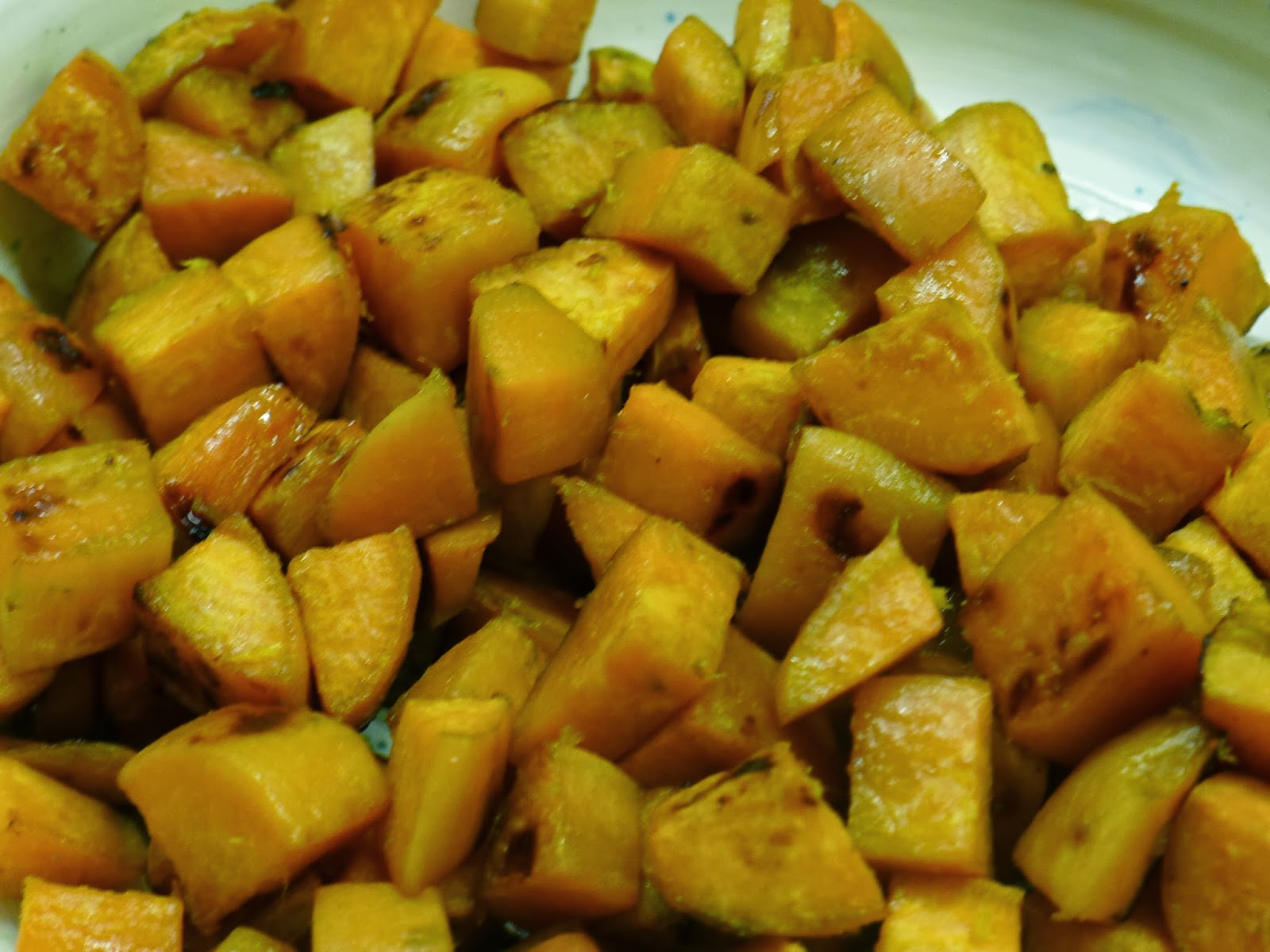 Preheat the oven to 425 degrees.

Combine all ingredients in a large bowl and stir well to coat evenly. Spread the sweet potatoes in a single layer on a rimmed baking sheet (like the sheet with parchment paper if you like). Roast for 30-35 minutes, stirring once or twice, until tender. Serve hot.